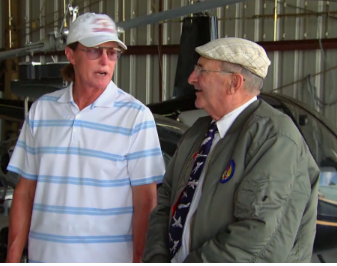 I often struggle to reconcile and keep track of the numerous, contradictory Kardashian appearances in tabloids and the current season of the show, but we all have our crosses to bear.

This week, Khloe is rumored to be carrying the child of boyfriend/ne’er do well “French Montana” and/or may be in the early stages of an affair with her sister’s husband (Scott, not Kanye.) The dorks over at US Weekly (just kidding!! Any jobs?) are less consumed by Kim’s nefarious feud with Paris and Nicole than I am (probably since it happened in ~2005) and have moved on to more pressing, if duller, matters about her child-raising techniques and playground etiquette and the man who is paid $5000 a day to take in the huge pants her ass require, to fit her otherwise petite frame.

Speaking of size – last week’s episode, which concluded in a montage explaining the history of blackface to the Kardashian audience, left big shoes to fill. So it is a relief to be brought back home to the insular, Kardashian bubble-world with its plush, ahistorical refuge and theme park of light-hearted foibles, free from the ethical dilemmas presented to those outside.

“Playing Dirty” heavily features two of my favorite Kardashians: Scott Disick and Bruce Jenner. Scott is essentially the protagonist of the episode, or at least of its “A plot,” which revolves around his aspirations to install a helipad into the backyard of the home he and Kourtney have recently moved into.

This plot is structured in such a way that the effect achieved is that of a long-winded fable, in which a naïve hero must solicit the good wishes of numerous town elders/wizards before embarking on a journey. If you can ignore his latent grief, Scott-– who has taken a drastic and oddly namaste turn away from his past role as belligerent instigator/unruly drunk– is really fun to watch this season.

Though Scott suffers a similar, if not more severe, disconnect from reality as the rest of his living relatives (dark, right?) his reaction to it is way more likable. While most of the Kardashians’ encounters with the outside world result in anger, frustration, floundering, and complaint, Scott is filled with wonder and gratitude each time he is reminded of his own inability to function in the basic ways demanded of most people outside of the Jenner family. In “Playing Dirty,” Scott meets with various [low budget geriatric actors depicting] authorities on installing the structure. A tiny old woman is dressed in a bright yellow plaid skirt suit reminiscent of Cher Horowitz to teach us how the Kardashians perceive or imagine the real estate profession.

MEANWHILE, Kim and Khloe are, after some argument or remark I don’t remember or was retrieving my bong from the other room during, competing in a race through the mud to prove who is better at working out. Kim brags about losing weight. Khloe seems better at working out, honestly, but she also is ten feet tall so probably moves quicker under any conditions. Frankly, I didn’t really listen to what was going on here and spent most of these scenes wondering about the terrain/facility in which this race was depicted and how insane the budget and staffing for it must have been.

Back at home, Kris OF COURSE, takes great issue with Scott’s plans and feels the need to tell Kourtney that it is her duty to prevent the grave injustice of the helipad. We learn that airplanes and luxury vehicles in general are a sore spot for Kris, who apparently has a history of denying them to Bruce, from whom she is now separated. Naturally, Kourtney interprets these events as having a direct causal relationship and tells her mother she wants to set a different precedent in her own relationship. There is a boring sequence of scenes in which we are forced to watch Kris ask her family members if she is as controlling as Kourtney says, aggressively demanding validation in a way that lots of totally non-controlling people would from the people they live with…

The episode ends when Scott surprises the clan with large plastic slides in lieu of the helipad. Everyone is happy, even Bruce, who has been traipsing behind Scott with his weird facelift and skeevy ponytail for the past hour, lurking in the background and trying to shepherd his son in law into buying the helipad, so he can, at least vicariously, defy Kris once and for all! Poor Bruce. At least Scott buys him a pilot’s uniform, I guess.