It’s been a rough, sad couple of weeks news-wise, so here’s something on the happier side—those fine purveyors of top-notch escapism at Marvel Studios just announced release dates for new movies all the way up through 2019. Nothing distracts better than a big blockbuster movie, if you ask me. Some people might balk and say that we have a responsibility to engage with the darkest parts of life, to stare into the abyss in hopes of discerning some pattern that could grant us a deeper understanding of the human struggle and how to alleviate all the suffering and horror in the world. Those people need to crack a cold one and learn to dance like no one is watching, then kick back in a comfy chair and let Hulk smash their bad vibes. Since Marvel only released the dates these movies will appear and not the titles or subject matter, I thought it might be fun to guess what characters we might soon see up on the silver screen.

Fans have been clamoring for more diversity from Marvel Studios, which makes Black Panther a prime candidate for a big screen debut. He’s one of the oldest, coolest characters in the Marvel Universe—not just a superhero, also the king of the technologically advanced African nation Wakanda. He’s a genius, a master tactician, and a benevolent leader—the kind of world leader we could use these days, when you think about it. I mean, 425 Palestinians dead and 3,000 wounded in just two weeks? Did you see those mangled kids on the cover of the New York Times the other day? I bet Black Panther would know just what to say to get both sides talking and make the violence stop. Oh well. He might not be real, but the chances he’ll soon star in his own movie are strong. 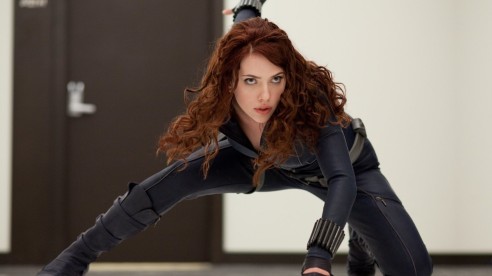 This ex-soviet superspy, as played by Scarlett Johansson, is already well-established in the Marvel Movie-verse, and they’ve yet to make a picture with a female lead, so maybe the time is right to give her a vehicle of her own. Speaking of Russians and vehicles, what’s going on with that plane? Who shot the thing down? 298 victims, and I just read that the pro-Russian rebels guarding the crash site might be looting the corpses. Pretty dark. If they make a Black Widow movie, let’s hope they keep the tone light—some jump-kicking, some quips, like that.

A bunch of the passengers on MH17 were doctors and researchers on their way to the International AIDS conference in Australia. Two of them, Joep Lange and Jacqueline van Tongren, have been described as giants of the AIDS research community. Dr. Strange is technically a surgeon, so he probably wouldn’t have had much to do with AIDS research—and anyway he stopped practicing medicine when he became the Sorcerer Supreme and now mostly focuses on fighting demons from other dimensions. Could magic be used to cure AIDS, though? I doubt the movie will touch on that, but am extremely confident there will be one, probably summer after next. 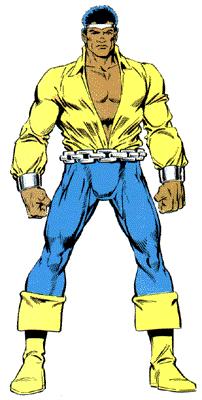 Marvel has yet to do a truly street-level look at super heroes, so why not do a movie about one of my favorite characters, Luke Cage? Imprisoned for a crime he didn’t commit, Cage gained super powers after being experimented on, proved his innocence, and devoted his life to standing up for the disenfranchised. He’s super strong and he has bulletproof skin. Maybe set this one in Chicago? At least 40 people were shot in Chicago this weekend, so bulletproof skin would really come in handy up in the Windy City. I mean, I’m sure at least half of those shootings were in fact the work of upstanding gun owners defending their rights and probably even preventing gun-toting criminals from going on massive killing sprees, so Chicago already has heroes—but one more couldn’t hurt!

The newest character on this list, Ms. Marvel is a Muslim teenager from New Jersey who fights crime with her amazing shape-shifting powers. This would make a great movie, as the character is funny and relatable, which aren’t things you normally see associated with Muslims on-screen. Usually when you see a Muslim person in a movie they’re either angry, evil, or super soulful and self-sacrificing to the point they seem more martyr than man. I wonder what’s going on with those schoolgirls Boko Haram kidnapped? I read that Nigerian President Goodluck Jonathan spent $1.2 million hiring a public relations firm to spin the story and his response in a more favorable light. If I was the father of one of those missing girls I might find that a little frustrating. Like, at least the President isn’t going to stand by and let my daughter being kidnapped and possibly sold into slavery ruin his reputation. Wouldn’t want my bad news to screw up his legacy. Also, did you know that the Nigerian Armed Forces have confirmed that they were warned four hours in advance about the attack on the school, but were unable to do anything about it because they were too over-extended? The world is such a brutal, cruel place sometimes. Anyway, I bet a Ms. Marvel movie would be a big hit.

The title refers of course to an ancient race of superhuman alien/human hybrids that the Fantastic Four discovered living on the moon, and has nothing to do with the way the North Korean leadership views the thousands of prisoners laboring in slave camps. I get the confusion, though. You hear about these people being beaten and tortured, starving to death, and you hear Inhuman and that’s what comes to mind. But no, the movie would probably be about Blackbolt, king of the Inhumans, dealing with the mutinous machinations of his evil brother Maximus the Mad. I just hope they do justice to Lockjaw, Blackbolt’s enormous dog with the power of teleportation—a power I’m sure some of those poor prisoners wish they had!

Ever have one of those nights when it’s 3 a.m. and you’re wide-awake thinking there isn’t anything you wouldn’t do to hear a kind word from another human being? Like, you just want to be reassured, but you’re not sure what you need to be reassured about. You’re uneasy about something you can’t articulate. Anyway, I bet they’ll make a fucking Namor movie eventually.