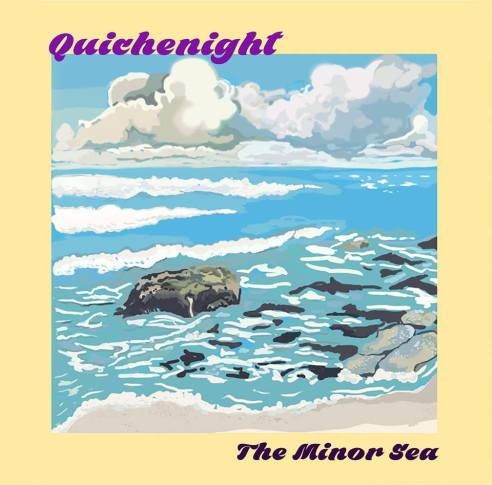 Our friend and yours, Daniel Pujol, sent us this beautiful new beach-themed album by Quichenight to premiere on here. Pujol’s lead guitarist, Brett Rosenberg, is the band’s leader. Pujol plays drums in the live band. The album is on Bartertown Co-Op. Here’s the description from the Soundcloud:

After a mysterious trip to James Island, NC and an investigative inquiry into an aborted 1970’s Beach Boys documentary, Quichenight leader Brett Rosenberg hunkered down to create The Minor Sea. The album is a soundtrack for the goings on indoors, between people, and inside their lives when it’s hot outside. Rosenberg directs Quichenight through love, the true service sector, and all the heart’s places sand is never expected to be found. From either side of the counter, Quichenight brings us a James Island of The Mind with the new album The Minor Sea.