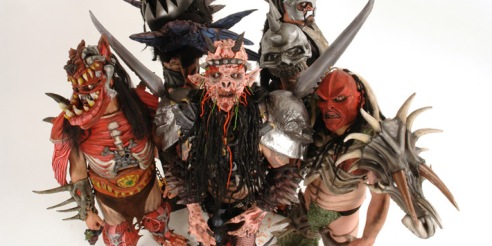 Evan and Alex drove out from DC to meet me at Jimmy’s, a bar in the suburbs close to my mom’s, because I was staying there for the holidays but had to catch a flight back to San Francisco in the morning.

Evan and I at this point had been friends since high school– two wars, two presidential administrations, several degrees, several girlfriends, several apartments together, two bands, a few different cities. I’d just moved across the country to California, where my cousin, who I was living with, had just re-entered chemotherapy. Another of our close friends had fought a life-threatening and rare blood disease. My parents had gotten divorced. Evan and I had gone from childhood into adulthood together. We met Alex in college; he had already been married and separated since we’d known him. I was in graduate school for creative writing, Evan was an adjunct art instructor, and Alex was working with a local sandwich shop, helping the company expand.

Just before we left the bar, Alex struck up a conversation with a thin middle-aged man in a baseball cap. The man left at the same time as us, lugging a cardboard container for a box fan. The man says something to the effect of, “Hey, uh, any chance you cool cats wanna give this guy a ride home? I live just down Hutchison.” We cautiously eye each other and Evan obliges. The man says, “My name’s Groove. But you can call me Steve Groove.”

Evan drives, Alex takes shotgun, and I am in the back with Steve Groove. Steve Groove pulls a plastic Coke bottle out of his coat and offers me some of his homemade whiskey and Coke. I demur. Steve Groove starts calling Alex “Tall Hero.”

“Hey, I can give you guys a Thematic Apperception Test if you like,” Steve Groove says. “It’s based on the work of Carl Jung. You guys know Jung, the psychiatrist?”

“The Jung and the Restless,” I say. “Jung Goodman Brown.”

“You guys are fucking with me. Do you want to take this test, though?”

The test consists of a series of questions, ranging from generic to very strange and specific, that lead to vague, almost fortune cookie fortune-like answers: What’s your favorite color? What’s your spirit animal? You’re running in the forest and suddenly you’re stopped by something– what is it? What’s the first thing that comes to your mind?

After it’s over, Steve Groove says, “I dunno, I’m not through hanging out, y’know? You wanna, uh, pull over somewhere and just hang? Shoot the shit?”

“Sure, man,” Evan says, and pulls into a gas station parking lot.

At this point it kind of seems like Steve Groove wants to either rob us or fuck us, right? He’s obviously kind of on the skids, but he’s so playful with us that it borders on flirtation, and administering a Thematic Apperception Test on people seems almost PUAish to me. I check to see that my keys are at close enough range for me to stab him if necessary, and that my phone is in a convenient position should I need to call 9-1-1.

He asks us what we do, how we know each other. He’s incredulous that we all attended Virginia Commonwealth University in Richmond, two hours south of here. “You’re fucking with me,” he says. “I went to VCU. Studied music.” Suddenly he’s wistful. “Played on Bojangles’s piano… Yeah. That was me. You guys know the band GWAR?”

“You’re fucking with me.”

“No, we’ve all heard GWAR. They’re definitely still, like, a local staple, and I think pretty well-known everywhere else.”

“I was GWAR’s roommate,” says Steve Groove. “After they signed their first big contract, they got this big compound/ practice space where people would hang out. They’d have these big GWAR-B-Qs. Lots of booze, lots of meat cooking. Girls would come and dress up in leopard-print bikinis and be like slave girls, man. Yeah, there was no shortage of slave girls at those GWAR-B-Qs. Course, that was before GWAR got super-popular.”

He goes on about a little more about his current life. He lives with his wife and her kids from a previous marriage. He doesn’t seem thrilled about the situation. He works for the US Geological Survey, a government agency, headquartered in the town next to us, that researches landscapes, threats to natural resources, Earth and rocks. He winds up the self-pitying portion of his monologue like this: “And you know something? I hate GWAR. I really do. They’re so terrible, and it just requires absolutely no talent to do what they do.”

We drive Steve Groove to the cul-de-sac in which sits his modest suburban house. He takes his box fan box and opens the door and gets out of the car, talking about how really, we should hang out sometime, I know you guys are just fucking with me, but really, it would be fun. He closes the car door, pauses, then says to Evan through the window, “Get out of the car.”

And Evan drives us away, out of the cul-de-sac and onto the parkway. He heads towards my Mom’s to drop me off, and all the while, of course, we dissect everything that had just happened, but really we’re stunned, we can’t comprehend it or process it.

In two years, GWAR’s lead singer Dave Brockie will die of a heroin overdose. I have no idea what will happen to Steve Groove. According to Wikipedia, the Thematic Apperception Test was originally inspired by a chapter in Moby Dick, in which several characters analyze a gold doubloon, projecting their own personalities and obsessions onto its inscription. Where Ahab sees only himself in every aspect of the image, Starbuck sees the full spectrum of the world’s morality: “A dark valley between three mighty, heaven-abiding peaks, that almost seem the Trinity, in some faint earthly symbol.”

When I get out of the car, out falls Steve Groove’s baseball hat, on which is inscribed the USGS logo. “USGS: Science for a changing world.”