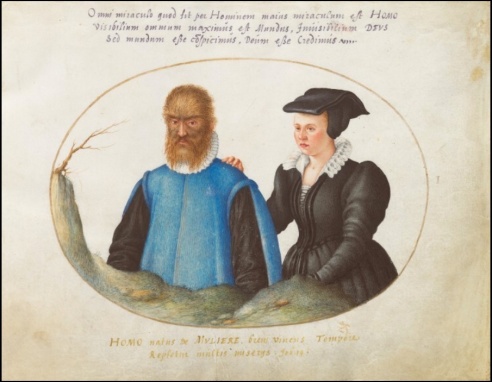 There’s gurgling in my head when I close my eyes.

We used to have a little brother. He was born with dog hands and dog feet. He was baby-sized but his sharp claws and teeth left our mother crippled after she birthed him. Her husband, Bill, told people that we’d lost the baby and had us keep him inside and threatened the doctors in town with blackmail should they talk about the puppy baby they pulled out of my mother. He grew at the rate of a dog but kept a boy’s face and torso. He was the size of a seven year old within a year and we had to sew him new pants nearly every week. My mother called him “Buddy,” so that’s what we called him, too. We always wondered when his tail would come in, but it never did. He tried to use his puppy paws like human hands, and his people teeth like a dog’s muzzle. He’d sniff around our dirty carpet like a terrier searching for a chipmunk, and try to bark English words at our dogs. The only English he could ever muster were the songs we’d sing to him. The stations had stopped broadcasting years ago and we couldn’t remember many songs, but we still knew the words to the theme song from Happy Days, “Don’t Lie” by the Black Eyed Peas, and all the songs from the iPod commercials and so that’s what we sang him. He’d stand on his hind legs and nip at the counter while I opened cans of tuna and cling peaches for dinner and howl and scratch at the door when he heard the tanks passing through. We taught him to catch things and to jump and if my stepfather saw us, he’d tell us we were wasting our time on our disgusting mutant sibling.

The man our mama married after our pa left was mostly quiet. Half of his face always looked sleepy and his clothes always smelled of gin. He never seemed to like us much and he hated Buddy for leaving Mama sick. He worked in a mill three towns away and we saw less and less of him once mama became bedridden. He’d come home late and yell at Buddy when he tried to greet him at the door with the other dogs and Buddy would hide under Mama’s bed.

We tried to keep him inside, but he’d bolt for the door if it opened. When he got out, he’d go into the hills for days, and we could hear him trying to howl along with the coyotes at night. He’d come back when he got hungry enough, covered in scratches and thorns in his matted hair and he’d sleep for a full day at Mama’s feet and then as soon as he woke up he’d try to get out the back door again. People started to talk about seeing a dog boy when they went out hunting. They said they saw him ripping a deer carcass apart, grinning at them with his child face, and lumbering off when they got too close. The men at the mill would say maybe there’s a family of dog people in the woods. I saw the barefoot neighborhood children point at our house when I swept the front porch.

Our mother died shortly after his first birthday. She’d had me stack the meat trimmings we gave him into the shape of a cake for him, but we didn’t have any candles, only sparklers left from the last 4th of July, which scared him back under the bed. Bill buried Mama out back and wrote the her name on the back of a Bush/Cheney 2004 campaign yard sign that he found in the basement and used that as her gravestone. With Mama gone, our stepfather had us chain Buddy up in the shed. He wailed and cried for hours before we finally heard him humming himself to sleep. One of us would bring him food twice a day and he’d bark the chorus of “Don’t Lie” at us angrily when we walked back into the house. He broke his restraints a few times, but he always came back and Bill always found him heavier chains.

The mill was laying people off and food became scarce as the markets went out of business. Bill wouldn’t move like most of our neighbors had and he said he couldn’t leave mama’s bones out back. I tried to tell him that since everyone else had moved but he wouldn’t we didn’t need to keep Buddy locked up. There was barely anyone to see him anymore and he could help us hunt squirrels and doves. But he shouted and waved his bottle of gin and asked why we’d want to even look at the ugly monster that killed our mother. As summer set in Buddy grew lethargic and would only softly whimper when he heard the coyotes. He’d sigh and turn his back to us when we brought him the table scraps and stopped snapping at us when we helped him into new pants.

During a sweltering night in August I lay in bed and I heard the howling in the distance and Buddy’s tiny cries outside my bedroom. I took the rifle off the mantle and went outside and took him by the leash into the hills. I walked him about a mile before I tied his chain to a tree. I stood with the rifle hanging at my side and I shouted at him for bringing all this ugliness to our family. He stared at me with his big stupid eyes and scratched the back of his ear with his back paw. The tour dates on the Kid Rock shirt I gave him read Saginaw, Michigan, Toledo, Ohio, and Huntington, W. VA. I remembered how my mother and brother would sing to him and how he would lick their faces. I untied the chain and walked back to the house. He didn’t try to follow me. I told Bill I didn’t think he’d come back this time. Weeks passed and I prayed he wouldn’t come back. I didn’t hear his howling. I wondered why I left him there instead of just shooting him.

But one morning, he limped back to our house. The mill was shut down and Bill was showing my sister how to skin a raccoon in the back yard when I heard his footsteps. There was blood in his sweaty hair and he snarled at us, his jeans in shreds and a rip down Kid Rock’s face. Bill reached for the rifle and I covered my sister’s eyes and clamped my own shut. There was a bang, a howling, and then nothing but gurgling.