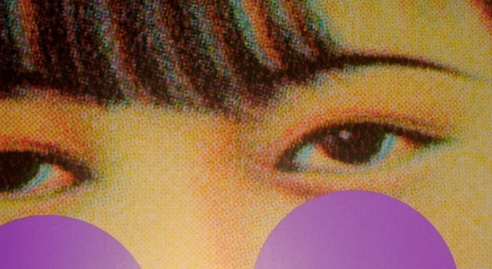 Any idiot can write a novel. Writing is easy, it’s getting read that’s hard. If you’re going to make money in publishing you need readers, if you want readers you need a hook, and baby have I got a hook. I’m not going to write just any novel. I’m going to write a Haruki Murakami novel.

Yeah, you heard me. Murakami is popular as hell, one of the last literary authors to have an international following in the millions. So why drive myself nuts coming up with a distinctive style all my own that people might not like when he’s already got one that people love, and are willing to pay for?

I’ll just pile in all the stuff people expect from Murakami—dreams, descriptions of food, references to music and literature, weird sex—and end the whole thing very abruptly, then sit back and see which end up being more ridiculously over the top, the reviews or the royalty checks.

I know what you’re thinking—Tim, can you handle the casual surrealism Murakami brings to his work? Well, first of all, my name is Tom, and secondly, let me ask this invisible flying turtle that follows me everywhere if I can handle writing surrealism.

He says I can, but that I’ll have to find this little clay whale that will help me unlock my full creative potential first. He says the whale is some sort of a totem or something that exists in the real world and the dream world simultaneously. I don’t really get it, to tell you the truth, but when an invisible flying turtle tells you that finding a little clay whale is the key to writing a surefire bestseller, you listen. Plus, I know exactly where to find a clay whale– Shelly had one that she always kept on her nightstand. She’d made it—no, her sister made it for her, in middle school art class. That’s right– her sister drowned the summer after she made that whale, that’s why Shelly treasured it so highly. I remember the day Shelly moved out, she put more care into packing that whale away than anything else. Her jewelry got tossed in a box, her clothes jammed in a garbage bag, but she wrapped that little whale in tissue paper and then rolled it up in bubble wrap.

So, okay. I’ll get a hold of Shelly and ask if I can borrow her whale, just for as long as it takes to write a Murakami novel. Probably no more than a month. I don’t have Shelly’s new number, though. Or her new address. But I bet her mother still lives in the same house up the street, I’ll walk over there right now and ask her if she can put us in touch.

God, I can’t wait for this novel to hit the stands. The sex scenes are going to be so weird. I’ll have to come up with some interesting ways to describe how sore my narrator’s penis is after sex. I think that’s pretty key to hitting the kind of “childlike wonder/adult ennui” vibe that people expect from a Murakami novel. I’ll have to bone up on my classical music references, too. And jazz, I guess. It’s tempting to kind of cheat with the music stuff, only make references I’m already comfortable with. But then, imagine a scene where my narrator wanders into a coffee shop in a strange town and hears this music he’s never heard before. As the song begins he’s hardly aware of it, but he finds himself more and more entranced as it goes along, and soon the song is affecting him so powerfully that he feels like his brain has been encased in a block of ice his entire life, and that this song is causing the ice to melt so that information flows in and thoughts flow out much more freely then he ever thought possible.

He asks the proprietor, what’s the amazing song? And the proprietor, this little old man, says “Why, this is ‘Wish You Were Here’ by Incubus, from their fourth studio album. Probably their best-known song. I’m glad you like it!”

Definitely wouldn’t have the same resonance as if the song was some obscure Beethoven recording, right? So I’ll make a point to scan Beethoven’s Wikipedia page as soon as I get my hands on this whale.

Okay, here’s Shelly’s mom’s block. Wow, this area is much more run down than I remember. It’s been years since I was last here, though. I remember Shelly’s mom’s house has a red door and a basketball hoop—ok, there it is. Wow, the house is in bad shape. Weeds springing up through cracks in the driveway, no curtains in the windows, the paint all faded. Does anyone even live here anymore? No doorbell, looks like someone yanked it out. Weird.

Oh, the door’s opening. Weird, this girl looks like Shelly, but… I’d almost say it was her, at first, but she’s too young, and she’s got a little scar under her eye, like a teardrop froze there. “Hi, I’m Tom, an old friend of Shelly’s—”

“Yes, Shelly. An old boyfriend. Oh, I hope I have the right house.”

The girl strokes her scar with the pinky finger on her left hand. She really looks so much like Shelly. Maybe a cousin? “No…well, I don’t know,” she says. “Shelly was my sister, but she’s been—”

“Wait,” I say, “You’re Shelly’s sister? I thought Lilly was Shelly’s only sister.”

“But that’s impossible,” I say. “Or else, some strange coincidence. The Shelly I knew had a sister, but her sister drowned years ago.”

“I’m sorry,” Lilly says, “but you have that backwards. My sister Shelly drowned years ago, when she was in high school.”

This is too strange. I wish I could ask the invisible flying turtle that follows me everywhere if he knows what’s going on, but he has his headphones in. He’s listening to Pet Sounds and tends to bite if disturbed while enjoying his music.

“I’m sorry to have to be the one to tell you,” Lilly says. “You must have been out of touch for a long, long time. It’s been almost fifteen years since my sister passed.”

An orange cat darts put between Lilly’s legs and into the yard where it instantly flops on its belly and begins pawing at the air. “Uncle Jason,” Lilly says, “get back here this instant!” She brushes past me after the cat, picks it up and carries it back into the house, sets it down inside and shuts the door. “Excuse my Uncle,” she says, “he’s been unwell since the Rascal infected him with too much hubris.”

Okay, now I get it. I’ve set out to write a Murakami novel and instead wandered into one. I shouldn’t be surprised. So okay, let’s see—if I’m in a Murakami story, I’m either about to have a weird sexual encounter with Lilly, or else she’s going to describe a weird sexual encounter she’s had to me. I hope it’s nothing too traumatic. Hey, Murakami, if I have any say in this, I’d rather have sex than hear about it.

“You remind me of someone,” Lilly says. “My… well, I wouldn’t call him a boyfriend, but a man I met once when I was traveling through Berlin as a student.”

She goes on with the story. It’s really strange, and graphic. I guess a character in a story should know better than to think he can make requests. I’ll keep listening for a while– maybe the more she reveals to me the more comfortable she’ll become, and then it won’t be too strange when I ask her if I can borrow the little clay whale she made in middle school. Then all I’ll have to do is find a way to wander back out of this Murakami story and back into the real world, where I can write one.