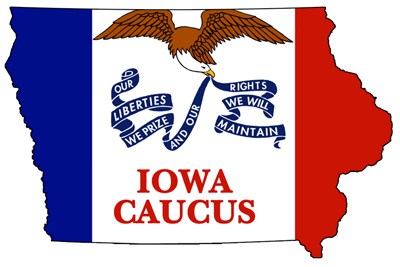 What is a Caucus?

A caucus is an American political institution that functions largely like a rave, only with rhetoric taking the place of MDMA and empty promises instead of house music.

How does it work?

Anyone eligible to vote on or before November 8th is treated to multitude of speeches and presentations and then asked to cast their vote for future leader of the free world based on which candidate’s bold assertions they’ve applied the least amount of critical thinking to.

So the result of these caucuses actually decides who gets the nomination?

Who actually decides which candidate receives the presidential nomination, then?

The democrat nominee is decided by national convention delegates who cast votes based on the outcome of caucuses all around the country. The Republican nominee is normally chosen by the Koch brothers, although Donald Trump’s position as front-runner going into Iowa this year might mean that credit for the final decision will end up going to institutionalized racism, instead.

Would a raccoon eat a bird, given the opportunity?

I don’t know. That really has nothing to do with the caucuses.

How much do they charge for the MDMA?

There is no MDMA. That was a joke.

Oh. That sucks. So this is all jokes? You don’t actually know anything about the caucus?

Look, no one is forcing you to read this.

Yeah, but at this point I’m locked in.

Well, let’s keep going, then. Ask something else.

When, in the 1970’s, the American news media first began experimenting with stories centered in middle America, it was quickly discovered that while the people stranded there were eager to consume media concerning themselves, very little of consequence was actually happening between the coasts. The first Iowa caucus was conceived to remedy the problem.

It’s…kind of closer than you’d think.

Wait, wait…ask me anything and I’ll give you a serious answer. I swear.

I’m serious. I’ll look up the answer and send you the link if I have to, no more jokes. I’m your own personal Google docent.

Okay. Will there be an abundance of butterflies at the Iowa Caucus this year?

I said to ask a serious question.

Okay. Well, I Googled ‘Iowa caucus butterfly’ and found something where Chris Matthews is saying he gets butterflies in his stomach before the caucus, but that’s it.

Hm. I’m planning to attend but deathly afraid of butterflies, so I have to know for sure what the situation there is going to be.

Are you fucking with me now?

No. I’ve been terrified of butterflies ever since my father died.

Okay, I’m going to need the rest of that story.

Well, my father was shredded in a wood chipper…

There’s no way you’d use the word ‘shredded.’ Too flippant.

Have you ever seen anyone fall in one side of a wood chipper and come out the other?

Well as someone who has, I assure you that ‘shredded’ is the most accurate adjective.

Yes. I was nine years old. My father fell into a wood chipper, and his shredded remains sprayed across a swarm of butterflies, sending them into a kind of frenzy. Until I was 23 I couldn’t close my eyes without experiencing visions of delicate wings streaked with my father’s blood.

They landed on me.

They landed on you?

Yes. In their confusion, the bloody butterflies mistook my quivering child’s body as a refuge, and the entire bloody swarm landed on me. They covered my head, arms, shoulders…sat there dripping my father’s blood over my body.

Are you fucking with me?

Wow. Well…wow, man. Okay. I don’t think swarms of butterflies will be a problem if you plan on attending the convention.

Is there anything else you want to know?

Yes, actually—will there be any mariachi music?

I need to be absolutely sure.

Well, I don’t think there’s a way to be sure but…it would be really surprising.

Oh. Sorry for your loss.

…and it killed her.

Jeez. This has moved really far from being an Iowa caucus FAQ at this point.

Oh, I’m sorry if my actual tale of real life trauma isn’t as interesting as your silly digs at the political process.

No, what you’re talking about is interesting. It’s more interesting. I just…don’t know what to do with everything you’re laying on me, man.

Would you like to hear how my dear wife was killed by mariachi music?

I mean…if you want to tell me, I guess I’ll listen.

We were enjoying some mariachi music at a restaurant when a fight broke out at the next table. She was struck by a stray bullet.

That’s horrible. But…is it really fair to say that mariachi music is what killed her?

That music is inflammatory and should rightfully be banned in the United States.

If you say so. Is there anything else you want to know about Iowa or…

Yes, actually. Do you know if Ezra Koening will be there?

Is that the guy from Vampire Weekend?

Yeah, I just checked and he’s apparently there supporting Bernie Sanders. Why, did he murder your cousin or something?

My cousin was murdered by a man named Bernard Sanders, though. Not the same one, obviously.

Oh. Well, Bernie Sanders the candidate will be around. So I don’t know if that’s going to be a problem for you or what.

I think it’ll be fine.

Great. Hey, what was with that question about raccoons eating birds?

I’ve just been wondering that for a while.

I feel like watching a raccoon eat a bird would be really disturbing.

Eh. I’ve been covered with butterflies drenched in my father’s blood, it takes a lot to shake me.