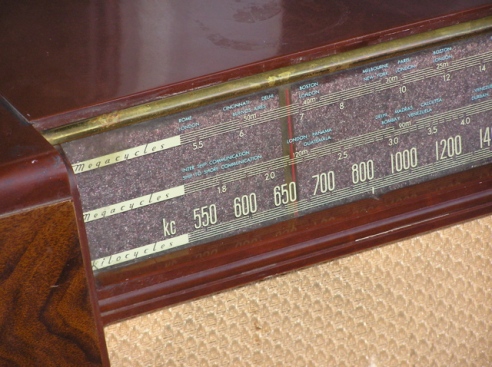 Surely none of you have heard of me, but in 1936 Garrison Keillor and I invented a little program called “A Prairie Home Companion.”

Sure, some of the characters were different– when was the last time any of us heard from such forgotten greats as “The Hottentot Prevert,” “The Preacher Who Has Gone and Gorged Himself On Too Many Gosh-Darn Flapjacks,” “The Choleric Apothecary,” “The Hindenburg Announcer As He Shops for Porridge,” “Herbert Hoover,” “The Zulu Arsonist,” “The Pilgrim’s Progress Guy, But If He Was Horny,” or “The Woman Who Is Capable of Very Little, and Surely Deserves Her Life of Servitude?” And yet the spirit was the same as the show I’m sure you’re all fond of today– Keillor and I devised a combination of comfort, rural spirit, bluegrass music and left-of-center politics that resulted in evergreen, surefire hilarity.

Keillor took the show I helped create and ran me out of it because he was jealous of my success. I had just been offered my own program for my character “Uncle Nate,” who delivered verbal lashings to insolent children, as well as to such famous figures as FDR, Ghandi, Oona O’Neill, The Lindbergh Baby, Santa Claus and that smug bastard Jimmy Stewart.

Keillor was swift and harsh in throwing me out, and I hate to sound paranoid, but I believe he’s had it out for me ever since. In fact, it’s possible one of his goons is approaching this very Internet cafe as I type this. Since Keillor and I fell out I’ve had it tough. I got to star in one picture called “This Side of Tarnation,” in which I played a military chaplain, but my insistence that my character speak entirely in filthy couplets forced production to shut down and nearly sank the studio. I submitted a packet to Mr. Carson that consisted only of a watercolor of an apple upside-down cake and the text of the Lord’s Prayer. I put on a one-man show that The Village Voice characterized as being mostly anti-semitic impressions, weirdly specific personal attacks on Jimmy Stewart, and a forty-five minute long song about a bird who could suck his own dick.

Young people of the world, I need your help relaunching my career. I made a Vine of myself yelling at my grandson that to this day has gotten 64 likes, but I know I can do better. With your help, I believe that I could yell at over a hundred grandsons.

Keillor has announced his plans to retire next year, and while he’s currently set to be replaced by a cross-stitch depicting a raccoon playing the banjo, I believe I can still take back the musty throne that I so richly deserve. I long to bring America back to a time when the autumnal leaves would signal a soft chill in the air and a young boy’s dream of taffy-pulling, and perhaps a young girl he has his eyes on, Susie, even though she’s a Methodist– and folks, we all know how the Methodists can be this time of year. Of course, things aren’t all perfect in town– it seems that several foxes have been tearing apart the eggplants in the garden of one Pastor Liz, who is driving up at this moment, and her eyes are filled with murder, and she’s opening the door of the Internet cafe and

One Response to “I Co-Created “A Prairie Home Companion.” Now I Need the Internet’s Help.”